The first song history gives us 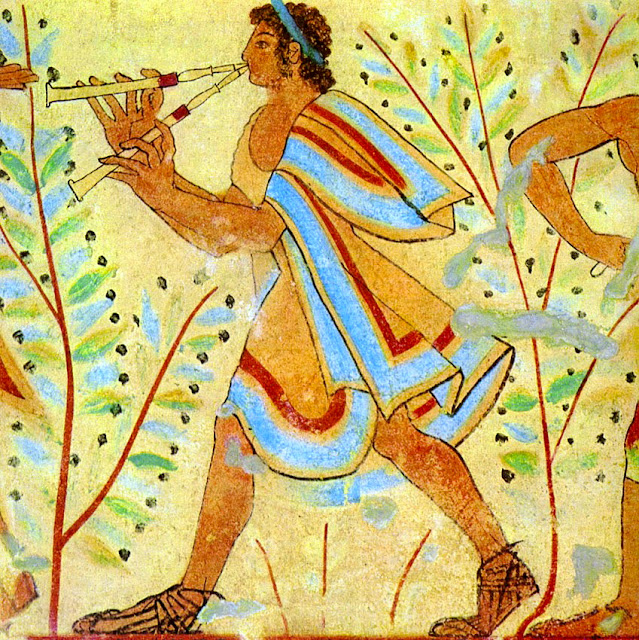 While you live, be joyful;
grief must know its measure.
The span of life is brief;
time will claim its treasure.

Listen to the only song to come down to us from Ancient Greece, and consider its message. Known as the Seikilos Epitaph, its words and accompanying musical notation were inscribed on a tombstone discovered in 1883 near Aiden, in what is now Turkey.

The song was written by someone known to us only as Seikilos and dedicated to Euterpe, thought to be his wife. Archeologists believe that the tombstone was made about the time of Jesus.

Generally, I believe that translations of songs and poems should preserve the meter of the original, if possible. Here, however, I've been loyal to our English tradition of rhyming epitaphs. It's a strange coincidence that this song about the transience of life is the only musical composition from that era to survive. Does Fate have the heart of a poet?

Here is the original poem, in Classical Greek:

transliterated in the Roman alphabet:

and in a literal translation from the Greek:

While you live, dance and sing;
grieve not and be joyful.
For a lifetime is too short,
and time bears death's prize away.

Translation by Frank Beck, 2015
(Fresco from the Tomb of the Leopards, Tarquinia, Italy)